The Hegemony of the Homogeneous

The monlingualism imposed by the other operates by relying upon…a sovereignty whose essence is always colonial, which tends, repressively and irrepressibly to reduce language to the One, that is, to the hegemony of the homogeneous.

Jacques Derrida, The Monlingualism of the Other 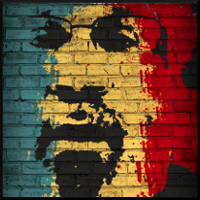 The Hegemony of the Homogeneous

Let me suppose that Derrida is concerned with much the same thing that Levinas bemoans, the reduction of the self into the same. It is this very hegemony, this sovereign reduction, that creates the conditions for the blind acceptance of the many taken-for-granted ideas and feelings that promote an apathy that, in turn, leads to notions of self-protection and the exclusion of the other from the social order. While Derrida is concentrating on the language imposed by a governing authority, say the English only laws that infect several States of the United States, language is only a jumping off point, one that is, in fact, repressive and an irrepressive reduction.

Other places where the governing authority plays the hegemonic game of excluding those for whom belonging is placed in question are the repressive immigration laws that are cropping up in states like Arizona; laws that the defeated Republican presidential candidate, Mitt Romney, called models for America. Aimed at excluding any undocumented foreign national, these laws repressively restrict access to the body politic acting as a lever to define who belongs and who must be eliminated at any cost.

English only and a rampant and repressive xenophobia are but two examples of the overt attempt to homogenize an outwardly diverse America. It is an attempt at embracing an ideal rather than allowing the self to embrace the diversity, the absolute uniqueness of the other, thereby validating the uniqueness of the self. By proclaiming the exclusion of the other, the governing authority defines that which is acceptable and that which is not; it is defining the qualifications for belonging at the expense of large slices of the population.

Let me personalize this idea. I am a member of a unique group of males in the United States in the fact that I have prostate cancer. Let us say, for example, that the State of Illinois where I live were to pass a law establishing that all men with prostate cancer must report to a camp where they will be isolated from the rest of the population and where they may receive treatment provided by the state aimed at reducing the effects of the cancer but not working toward a cure. Far fetched? Perhaps, but precisely the same thing was done to lepers, isolating them in colonies far away from the rest of the population so as to exclude them from participation in the affairs of the body politic.

There is no reason to believe, given the right set of circumstances, that this could not happen to any one of us for any reason. Those conditions were clearly fulfilled in Germany as argued by Zygmunt Bauman in his brilliant book Modernity and the Holocaust. It is this very drive to isolate and exclude that is a product of the amoral, perhaps immoral, function of bureaucracy in a modern democratic society.

The postmodern response to the drive to hegemonic reduction is to encourage that human beings do two things. First, unpack the taken-for-granteds that stand in the way of embracing the absolute uniqueness of the other, to understand that uniqueness as a positive force for building bridges of accommodation between the self and the other. Secondly, to not tolerate attempts toward hegemonic reduction simply because it is the easier path to survival of the self; surely this is the path toward self-destruction, or in the words of Bob Dylan, “The loser now will be later to win.” Times change, allegiances change, governments change and definitions of belonging promulgated by governing authorities change as well. No one is safe unless we all are safe; safety does not reside in a modern democracy run by bureaucrats nor does it reside in a state of chaos where governing authority is absent and brute force prevails, nor does it reside in autocratic dictatorships. Safety is a product of breaking down the walls of fear and hate by learning to create face-to-face encounters with those for whom fear is most felt. Embrace the diversity of your neighbor as you embrace the dignity of your own uniqueness and perhaps humanity finally has a chance to survive its own prejudices.

Editor and writer. Interested in tiny things, unhealthy nostalgia, old jungle mixtapes, my little homestead, and my cats. Not to be fed after midnight.